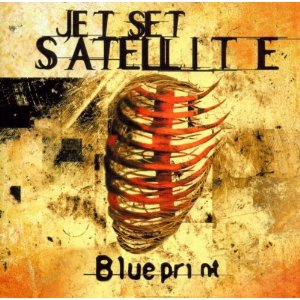 "The best way to die.  We're starting tonight.  They've all lost control but their feeling alright."  Formed in the late nineties by Trevor Tuminski and Dave Swiecicki from Manitoba.  Jet Set Satellite released their debut album, Blueprint, to the unsuspecting masses in 2000.  The song, Best Way To Die, was the lead off single and did very well in Canada.  Not only is this song like a shot of adrenalin but even after 10 years, it still sounds so fresh.  The release was recorded and mixed in both Montreal and Vancouver.  The band was signed to Nettwerk for this release but decided to break from the label and go the independent route for their next two releases.  The band was still active until earlier this year.  Comments on their Facebook and Myspace pages in February indicate that the band may have gone their own separate ways for the time being.  One thing is for certain though.  They will be forever immortalized in Canadian Music History with this one unbelievable song.  The album is available on Itunes and Amazon.  You can read about the band at http://www.jetsetsatellite.com/ and link to their other networking sites from there.  You can watch the video for the song on You Tube (http://www.youtube.com/watch?v=hinrCauPhVI).  Thanks for reading and enjoy!
Posted by Raised On Canadian Radio at 6:27 PM