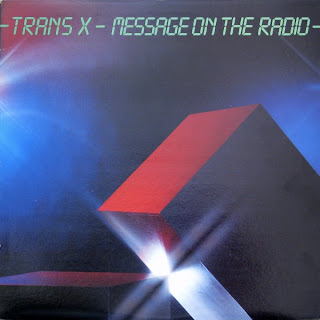 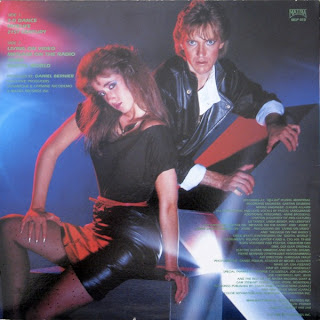 Trans X were a synth-pop duo from Montreal, Canada.  They were Pascal Languirand and Laurie Ann Gill.  Languirand's musical roots were in cosmic electronica and he had released 3 albums before forming Trans-X.  You can hear some of his music on You Tube (http://www.youtube.com/watch?v=bDOEgWZY47A).  You'll notice from this video that his music was both ambient and almost Pink Floyd like which makes you wonder if this musical side project, Trans X, was more of a carefree experiment.  Regardless, it turned out to be his most commercially successful.  The song, Living On Video, was first released as a single in 1981 and it did very well in Canada.  It was later included on the band's debut album, Message On The Radio, released in 1983.  The song was then re-released internationally in 1985 and charted well in countries like the U.K., U.S., Sweden, France, the Netherlands and Belgium to name a few.  The re-release was included on an album of the same name which went platinum in sales, selling over two million copies.  Languirand has released subsequent albums in recent years under the Trans X name as well as his own.  He has even released some updated versions of the song, Living On Video.  You can watch the video for the song, Living On Video, on You Tube (http://www.youtube.com/watch?v=b9xBAtCsCTQ).  You can purchase the album, Living On Video, on Itunes.  Thanks for reading and enjoy!
Posted by Raised On Canadian Radio at 4:08 PM No comments: