Artist: Russian Futurists, Album: Our Thickness, Song: Our Pen's Out Of Ink 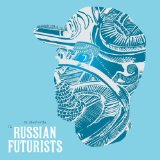 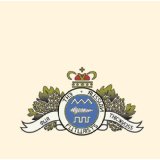 At the core of the band, The Russian Futurists, there is one man named Matthew Adam Hart.  He's originally from Cornwall, Ontario and started his recording career as the Russian Futurists in the year 2000.  Since then, he has released 4 full lengths and a 5th is pending release next month.  The song, Our Pen's Out Of Ink, is from the album, Our Thickness, which was released in 2005.  It is also available on a retrospective released in 2007 entitled, Me, Myself & Rye.  His sound can be described as electronic with a pop mentality.  This particular track conjures up images of a coastline and the harmonies remind me of the Beach Boys.  Actually, when you consider how people often described Brian Wilson's work and the way he constantly pushed the boundaries of pop music, you wonder if Hart has been cut from the same cloth.  His music is truly different without being extreme.  With respect to this song, at the root of it's many layers is an addictive, listenable melody.  Matthew has toured Canada, the U.S.A. and Europe.  He's remixed songs for the Shout Out Louds and Stars.  He has also aligned himself with a producer that has worked with the likes of Outkast and Arrested Development for his new album.  You can follow the Russian Futurists at http://www.russianfuturists.com/.  Both releases are available on Itunes and at Amazon.com.  You can hear the song, Our Pen's Out Of Ink, on You Tube (http://www.youtube.com/watch?v=PXnFx36g6qM).  As always, you can hear this song as well as others that I blog about each day on Live 365 (http://www.live365.com/stations/raisedoncndnradio).  Thanks for reading and enjoy!
Posted by Raised On Canadian Radio at 6:20 PM No comments: