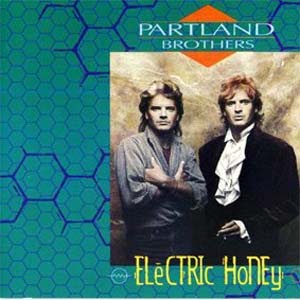 "Soul City, that's where were heading.  Dancing and singing till dawn.  Soul City, that's where were going and we won't be back until the money's all gone."  The Partland Brothers were Chris and G.P. Partland who hailed originally from Colgan, Ontario.  They moved to Toronto in the late seventies and in 1982 won the Q107 radio station's Homegrown contest.  This attracted Capital Records and in 1986, they released their debut, Electric Honey.   The album was a beauty and the song, Soul City, rocketed up the charts in Canada and the US.  The success of the album sent them on tour with bands like the Moody Blues and the Beach Boys.  They appeared on American Bandstand and Arsenio Hall.  Top of the world for a couple of northern Ontario boys!  Unfortunately, issues with management stalled their next release. The band would release two more albums by 1992 but never really maintain the same commercial success of their first release.  The brothers never quit though and today continue to record and tour as a family unit which includes brothers, Robin and Kelly as well.  They just recently released their 5th release to date.  You can follow the Partland Brothers at http://www.thepartlandbrothers.com/.  The album, Electric Honey, is available on Itunes.  You can watch the original video for the song, Soul City, on You Tube (http://www.youtube.com/watch?v=iOcmUwddZAQ).  As always, you can hear this song as well as others that I blog about each day on Live 365 (http://www.live365.com/stations/raisedoncndnradio).  Thanks for reading and enjoy!
Tweet from the guys: